With so many video games and having so little time, I can't play games I lose interest in. So, I can't write proper reviews. However, if a game can hold my interest and be fun, I can easily put a recommendation together and share my experience. So, with that, let's begin. 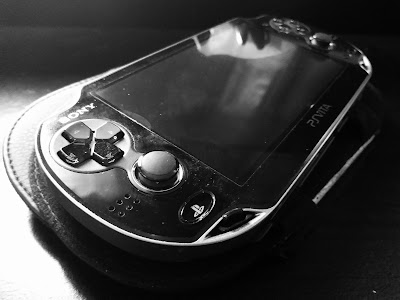 As of late, I've taken a break from the major consoles like the PS4 and Xbox to get reacquainted with my PS Vita. I truly didn't appreciate the power this handheld possesses. Good controls. Amazing touch screen. Touch panel on the back of the unit. I must disclose that I'm talking about the first generation PS Vita. That's what I play my Vita games on.

I"ve been getting more into indie games. Taking advantage of the deals Playstation puts out every week. That's how I discovered Hotline Miami. Not only can I play it on my Vita, I can also play it on my PS4. That's an awesome feature that usually gets me to buy a game. 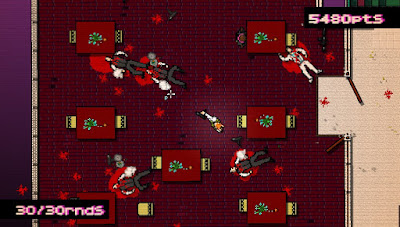 First off, this game is very adult themed. Not a family game. Second, it's crazy fun. This game can be addictive. There's a major flow element involved. There are times I can get on a roll and go from stage to stage in short time. The worst is doing good one moment and start doing bad back to back. Those are the times I really appreciate the quick load times after my character dies.

When I started playing this game, I started getting flashbacks to the original GTAs from back in the day. If you played those, you'll understand what I'm talking about when you experience this game.

The story is interesting and mysterious. It's fun trying to figure out what is going on. And, of course, the soundtrack is amazing. If you love the 80's sound like I do, you will not be disappointed. 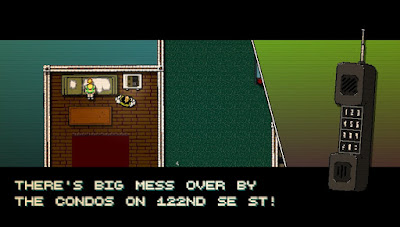 So, if you're up for a challenge, I recommend this game. I'm playing the sequel, Hotline Miami 2: Wrong Number. I'll be posting about that soon.

Bonus! Check out this short film about the making of Hotline Miami.

For the month of May, things are not looking good for Xbox Live Gold members and Playstation Plus members. But, let's focus on this month's Xbox Games with Gold. I'm not looking forward to playing any of these. Unless I can find a squad to play with, I'll play Marooners and see how fun it is. But, that's it for Games with Gold for May 2019. This affiliate link can help me earn a commission for purchases made with it.
Read more

You gonna try to roll up on me!? Twitch Clip